The take or landing of the following demersal finfish is prohibited within the West Coast Bioregion from 15 October – 15 December (inclusive).

At Gun Mart & Tackle we have our very own indoor shooting range. Either make a booking online, call us on 9274 5494  or come down and talk to one of our friendly staff members.

We hope to see you soon 🙂 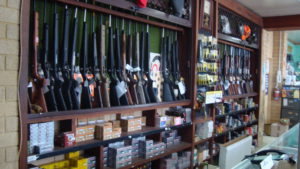